A flourishing partnership with nature

The first individuals to use our cosmetics were the people who used to come to our Herbalist shop in Lodi. In fact L’Erbolario was founded in Lodi, in 1978, as ‘Premiata Erboristeria Artigiana’. Here, in the back room of the little shop in corso Archinti, Franco Bergamaschi and his wife Daniela Villa, the founders of L’Erbolario, created their first cosmetics, based on long-standing, tried and tested family recipes. These were aromatic waters, bath oils and lotions, distinguished by the exquisitely natural origin of their ingredients, delicately perfumed without any artificial agents, and packaged with a neat, appealing graphic design.

Discovering the perfumed universe of L’Erbolario

A trip to the heart of L’Erbolario, an internationally renowned and recognised company, a leader in the Italian market in the industry of plant-derived cosmetics. A discovery of the magic world hiding behind its delicate fragrances and sophisticated packages. 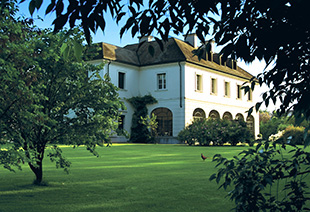 The shop was an immediate success: through word-of-mouth the Macassar Oil, the Nettle Lotion, the Royal Jelly Cream, which are still part of the L’Erbolario catalogue, earned growing appreciation, and not only in the city. At the end of 1983, L’Erbolario relocated production to a spacious site, the historical location in via Nazario Sauro, on the banks of the Adda River.

The years of thousands upon thousands of steam distillations began, plant extracts in glass percolators, increasingly complex cosmetic preparations, years in which prosperous collaborations were established, friendships forged during studies: L’Erbolario progressed in the footsteps of egregious individuals such as Dottoressa Vera Lodi, Paolo Rovesti, the initiator of the art of Italian phytocosmetics, Gianfranco Patri and professor Gianni Proserpio, who directed the work of the L’Erbolario research and Development Laboratory for years.

Through enthusiasm, sleepless nights, tiring efforts but also gratifying successes, time passed: L’Erbolario, from a small family-run business, turned into an internationally-acclaimed company. In 1994 L’Erbolario relocated yet again, to its definitive location in San Grato, in a production site nestled in the greenery of the South Adda River Park. 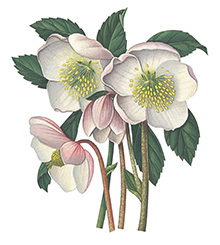 From here, to this day, every day, loads of perfumed cosmetics are shipped off to more than 5000 herbalists and chemists with herbalist sections throughout the nation, as well as stores across the globe. The history of L’Erbolario proves how the plant component, supported by constant scientific research, continues to be the fundamental element in the life of cosmetic products.

Along its road of growing success, L’Erbolario has not lost its unique and original philosophy: first and foremost, maximum respect towards nature combined with the most up-to-date technology and knowledge. It is nice to think how, in a predominantly virtual era, L’Erbolario continues to be a world where roses still smell like roses.

Does not contain
animal-derived ingredients

Search products in our catalog