We have always been
cruelty-free 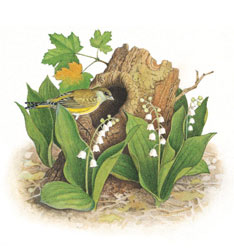 We are against testing finished cosmetic products on animals

Our determination to refuse every form of animal experimentation began with our very first phytocosmetic. As early as 1978, when L’Erbolario was completely contained in the back room of the small Herbalist’s shop in Corso Archinti in Lodi, we strongly believed in the inadmissibility of the cruel act of animal testing, and in fighting it. At the time, the testing bench for the safety and appeal of our first cosmetic recipes was our own skin and that of our closest friends. Soon after, when L’Erbolario s.r.l. was founded, the company began its partnership with the University of Pavia, with the Internal Medicine and Medical Therapy Department, where the safety of all our cosmetic products are tested, even to this day.

However, we always felt we could do more than just refuse to use the option of testing our finished products on animals. For years we have fought alongside the LAV, which has involved us in numerous campaigns (against animal abandonment, and fighting against the use of circus animals) and, most importantly, joining the battle to ban animal testing of cosmetic products. Also in partnership with the LAV, in 1992, with the participation of thousands of Italian herbalist shops, we sent more than 20,000 postcards to the European Parliament asking for the ban on animal testing. In September 2004, when testing finished products on animals was banned, we rejoiced and celebrated this victory with the LAV which, with a touch of pride, we believe we helped achieve in some small way! 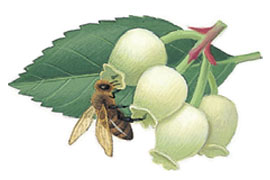 Therefore, as far back as 1998, we whole-heartedly adhered to the International Ban Animal Testing Standard, which was written up and shared by the major Western, European and American humane societies. In our opinion, what the Standard asks for is simple and effective: that, after adhering to the Standard, the under-signing companies commit to not using raw materials that have been tested on animals.

We fully agree with the spirit of the International Standard – which we continue to strictly uphold – according to which, making use of the fleet of thousands of substances that are “already approved” means finally bringing an end to animal testing and forcing the producers of raw materials to make the choice of alternative testing without bloodshed. 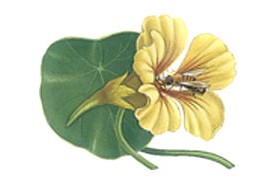 For years, alongside the LAV and the many animal lovers who, like us, do not tolerate the idea of unnecessary suffering being inflicted on animals, we are pursuing another, new objective: a full ban on cosmetic testing on animals (for both cosmetic products and raw materials).

However, as we feared, this decisive date now risks being put off. This is why, once again, we decided to stand by the LAV and their “Cosmetic testing on animals has an expiration date” campaign by joining in April 2011, with strong conviction, and collecting registrations and signatures at the 5000 plus herbalist’s shops that sell our products, to send to the European Commission and European Parliament a request to respect 11 March 2013 as the last deadline.

Over the course of his dual action during Animal Awareness Days, Franco Bergamaschi, the founder of L’Erbolario, has never failed to gather the support of anyone, who, like us, strongly hopes that this important objective is not pushed back any further.

Does not contain
animal-derived ingredients

Search products in our catalog